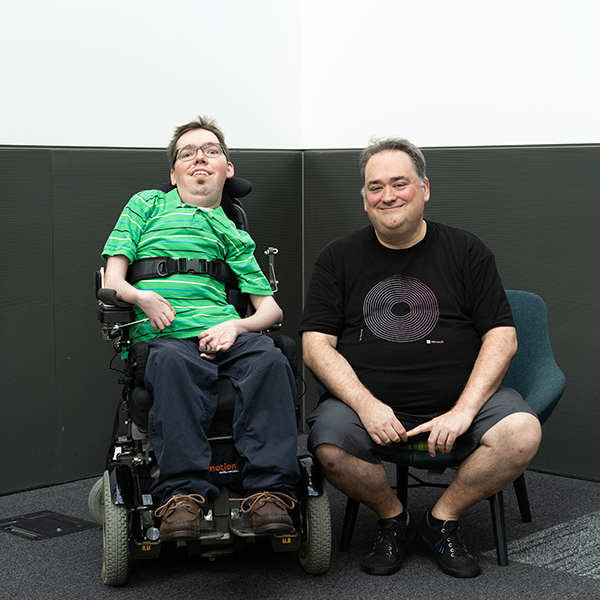 John Porter, Microsoft
John Porter is a Senior Designer at Microsoft, a PhD candidate at the University of Washington in the Department of Human Centered Design & Engineering, and an MIT Technology Review 35 Under 35 recipient. Professionally, his work on the Modern Input & Accessibility Design team involves crafting new ways to interact with Windows which are more flexible and inclusive of individual needs and preferences. His academic work tends to the intersection of HCI, inclusive design, and experiential equity within video games.

Bryce Johnson, Microsoft
Bryce is the Sr User Researcher for Microsoft Devices where he is devoted to ensuring Microsoft products are accessible. Bryce initiated and designed the first Inclusive Tech Lab at Microsoft, which has now hosted over seven thousand visitors; it is a facility where people can explore how people with disabilities interact with Microsoft games, services, and devices. Bryce is one of the inventors of the Xbox Adaptive Controller ever since he was a lead on its project at the 2016 Microsoft One Week Hackathon.