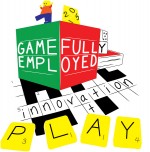 What does it mean to “play”? Families enjoying board games, children facing off in the street, or users staring glassy-eyed into virtual landscapes delivered via arcade, console, desktop or hand-held device?

“Play” refers more to engagement than traditional notions of entertainment. We can no longer ignore the utility of games in areas as divergent as customer loyalty and protein synthesis.

Game-inspired design delivers value that vastly exceeds its entertainment aspect. Designers and developers are increasingly employing techniques found in game theory and production. They win the hearts and influence the minds of consumers through manipulation that’s subtle to outrageous.

Games That Change Us (For The Better!)
October 7, 2015
Emily Treat, Games for Change